Philippians 1:27-30 The Context of Two Gifts

You may have wondered why, if Joy to the World is my favorite Christmas carol, I didn’t wait and post it on Christmas Day. I have several reasons. Joy is a major theme of Philippians, and I want to keep this theme in mind—because the topic of Philippians 1:29 is one that is difficult for us to consider; indeed, for the church in America it’s usually not very popular. It’s also a topic that can quickly become off-balance as we can easily attain from consideration of it an unbiblical, ascetic perspective of the Christian life.

I want to share some thoughts on two gifts Paul mentions against this backdrop of joy—and one is something we usually don’t have in mind when we think about gifts.

At the end of Philippians 1, Paul writes:

Only conduct yourselves in a manner worthy of the gospel of Christ, so that whether I come and see you or remain absent, I will hear of you that you are standing firm in one spirit, with one mind striving together for the faith of the gospel; in no way alarmed by your opponents—which is a sign of destruction for them, but of salvation for you, and that too, from God. For to you it has been granted for Christ’s sake, not only to believe in Him, but also to suffer for His sake, experiencing the same conflict which you saw in me, and now hear to be in me.
Philippians 1:27-30

Two gifts granted to you for the sake of Christ: to believe in Him and to suffer for His sake. 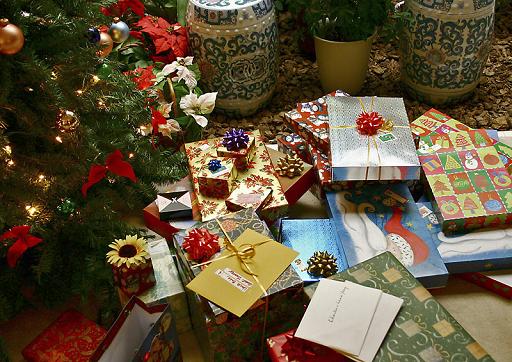 This is the life reality of all believers—we are each given these two great gifts: belief and suffering. This is the context in which we live and in which we are called to minister and serve. It’s also within this context that Paul writes about joy in his letter to the Philippians.

We can understand how belief in Christ is a gift, but why is Paul writing to the Philippians about suffering? How is suffering a gift? William Hendriksen writes:

It has been granted to you, says Paul; that is, as a privilege, a gift of God’s grace. The double blessing is this: in behalf of Christ not only to believe in him but also to suffer on his behalf.

…Now suffering is not a privilege in itself. One should not court suffering. But suffering in behalf of Christ, in the interest of him and his gospel is different. Such suffering is indeed a blessing, a gracious privilege (Acts 5:41)…1

Suffering in behalf of Christ is one of God’s gifts to us.2

W. E. Vine writes that the word translated as granted is a Greek word that, “…primarily means to show favour or kindness.”3 It is derived from the word, χάρις (cháris) grace. In turn, the Greek word for grace is derived from χαίρω, (chaírō) to rejoice.4

If you look at the context of Paul’s words, he doesn’t want them to be alarmed by their opponents. Paul knows that when they live worthily of the gospel, they’re going to be met with opposition. He also wants them to know that this reaction indicates their opponents are headed for destruction and it also validates that they, themselves, belong to God. J. A. Motyer has these comments:

You have a clear proof that salvation has come to you from none other than God himself, for it has been granted to you that for the sake of Christ you should not only believe in him but also suffer for his sake. The evidence which Paul offers here is twofold: believing in Christ and suffering for Christ….It has been granted to believe, or as we may translate, ‘It has been given freely and graciously as a favour of God . . . to believe on him.’ But alongside this evidence which we surely we would find clear enough, Paul places another evidence which we would hardly have considered in this light: ‘God has given you grace to believe . . . also to suffer for his sake.’ The suffering which comes to a Christian as a Christian, far from being evidence of divine forgetfulness (as we in our easy rebellion ofter understand it), is rather ‘sign, omen and proof’ of the reality of the work of grace, for ‘all who desire to live a godly life in Christ Jesus will be persecuted’.5, 6

Paul’s words echo those of Christ:

“These things I have spoken to you so that you may be kept from stumbling….

“These things I have spoken to you, so that in Me you may have peace. In the world you have tribulation, but take courage; I have overcome the world.”
John 16:1, 33

Go back and read Philippians 1. You can see Paul’s words of reassurance to them. They know he’s in prison, and that he’s suffering. He wants them also to know that his imprisonment has meant the further spread of the gospel, and he tells them how his imprisonment has enabled other Christians to trust God and speak His word without fear. He wants them to stand firm, and he doesn’t want them to be alarmed.

Peter later writes along a similar vein—he doesn’t want his fellow believers to be surprised when they suffer, and he tells them why it will happen and what it means.

Beloved, do not be surprised at the fiery ordeal among you, which comes upon you for your testing, as though some strange thing were happening to you; but to the degree that you share the sufferings of Christ, keep on rejoicing, so that also at the revelation of His glory you may rejoice with exultation. If you are reviled for the name of Christ, you are blessed, because the Spirit of glory and of God rests on you.
1 Peter 4:12-14

When we suffer for the sake of Christ, the Spirit of glory and of God rests on us—suffering confirms to whom we belong—the Lord Jesus Christ. We do not suffer to earn our salvation nor are we to inflict suffering upon ourselves as a form of self-abasement to purify ourselves. Colossians 2 is quite clear that Jesus’ suffering and death canceled out the certificate of debt of sin against us, and while self-abasement may have the appearance of wisdom, in reality it has has no value.

We are now children of God, and because we are His, the world is in opposition to us. Christ has given us a ministry to the world—to speak of Him and witness to the world about Him. People need to know their sins have separated them from the living and holy God, and they need to know that because of His great love, God sent His Son, Jesus, to this world.

In our work we may face opposition or even lose work when we refuse to do wrong because we are Christians. With our family we may face scorn or separation because we believe in Christ. People may lie about us or heap insult upon us. We suffer because we are in the midst of a spiritual battle, and we may suffer as the result of the sins of others. In some areas of the world Christians face imprisonment or death if they stand firm in their witness to Christ. In all these things we are to stand firm. Jesus said,

“Blessed are those who have been persecuted for the sake of righteousness, for theirs is the kingdom of heaven.

“Blessed are you when people insult you and persecute you, and falsely say all kinds of evil against you because of Me.

“Rejoice and be glad, for your reward in heaven is great; for in the same way they persecuted the prophets who were before you.”
Matthew 5:10-12

After the Apostles had been imprisoned by the Sanhedrin, beaten and then released:

So they went on their way from the presence of the Council, rejoicing that they had been considered worthy to suffer shame for His name.
Acts 5:41

Ministry is lived out in the context of two gifts: belief in Christ and suffering for Christ.